Hello! Project Gridless is dedicated to off the grid living, foraging / hunting / gardening for food, traditional survival skills and modern tips for alternative energy. Please Follow, Subscribe or Like.

Cooking Tip - What to do with Cranberries, Raspberries and Lemons? 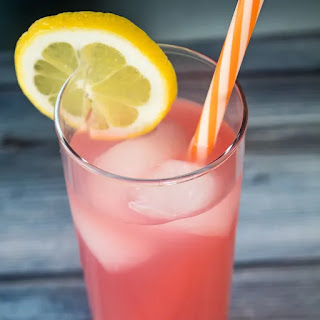 Let's pretend for a moment that you have an off grid home and have easy access to cranberries and raspberries.

Plus, let's pretend you also have access to a lemon tree (either outdoors or in a greenhouse). Lemon trees don't normally grow in Canada, but in the USA (basically anywhere south of Ohio) you can grow them easily.

Or maybe you just happen to have all 3 things in your fridge. Here's what you can do:

The pink lemonade "flavour" actually comes from cranberry and raspberry juice that is added to the lemonade.

So all you need to do is use any extra raspberries and cranberries you have, combine it with lemon juice and sugar... and you've got yourself pink lemonade.

Add some ice and you've got a nice cold drink to enjoy this summer.

(Add some vodka and you've got a drink suitable for inviting friends over to play board games, cards, etc.)

Siberian Tiger got revenge on Hunter who injured it

The story in the video below took place in Siberia (Russia) over a decade ago, but it is an unusual story in which a local hunter injured a tiger and the tiger tracked him 11 km to his home, waited 2 days for him to return, and then got its revenge.

What I find interesting about this particular story is that it is very clear that the tiger went out of its way, despite its injury, to track down the hunter who shot it, wait 2 days for the hunter to return home, and then presumably waited for the man to come outside at which point it stalked him and killed him.

That is a level of patience and dedication that comes from hunters, and to some extent fishermen.

And also apparently... Vengeful elephants who kill people AND show up at their funeral to make sure they are dead. Check out the video below which demonstrates that elephants don't forget.

So yeah... Stay away from vengeful tigers and elephants. Or any animal smart enough to get revenge.

In a related story, I went fishing in High Park (Toronto) yesterday with my family (Father's Day) and I gave up after a short time because I was getting zero bites. Plus it was windy and the water was murkier than usual, so I couldn't even see any fish.

A previous time I caught lots of fish in the same location, with the same bait (frozen shrimp), same hooks, same equipment... But that was on August 31st 2018. So I suspect that I just need to be patient and go back in August and/or September and try again.

See the video from the previous time I went fishing in High Park below:

Email ThisBlogThis!Share to TwitterShare to FacebookShare to Pinterest
Labels: Animals / Pets, Fishing Off the Grid, Hunting Food Off The Grid

Or if nothing bad happens, they'll still be useful for camping gear.

I ordered the items via Amazon.ca, which is beneficial because it means I am not browsing through a brick and mortar store and possibly buying extra things that I don't need...

Because I know what I am like. I would totally buy extra things that I don't need.

The other benefit is that I get free shipping so it is just a matter of waiting and my items should arrive within a few days.

So what did I add to my bug out bag?

Plus these are both things I foresee possibly using while camping anyway.

I obviously have lots of other things that are already in my Bug Out Bag, but due to the current tense political situation between the USA and Russia I feel it is prudent to at least add a few extra things in case the worst were to happen.

Just being prudent and prepared.

I am reminded of the Boy Scouts Motto: "Always be prepared."

Even if nothing happens, it never hurts to be prepared.

And having the option to easily filter drinking water just felt like something I should get, as it is certainly faster than having to boil water to make certain it is safe to drink.

Likewise, having an extra blanket that is well suited for making a shelter or doubling as a reflective blanket makes sense. Combined with everything else I already have it makes me feel more confident that if something really bad did happen, at least that would be two less things to worry about. 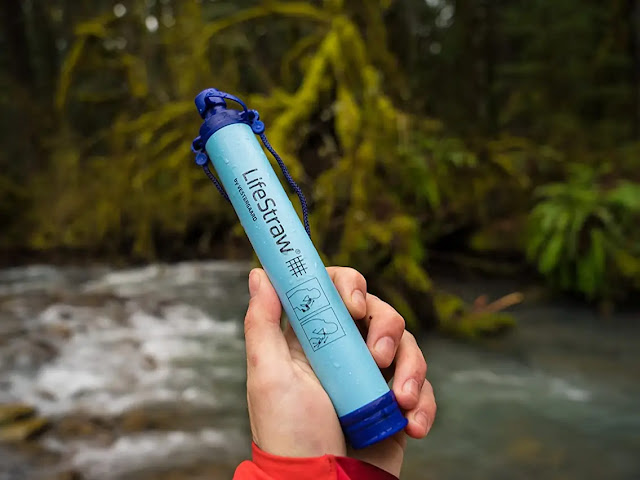 Popular Posts during the Last Year

Sign up for archery lessons in Toronto by visiting CardioTrek.ca

Learn more about archery in Toronto by visiting the Toronto Public Archery Range Facebook page
or by joining the Canadian Toxophilite Society.

Hearing Loss in Vaughan and Woodbridge

Did you know one in five people under the age of 40 suffer from hearing loss? Many of don't even know about it, because we are younger and think hearing loss is something only the elderly suffer from. Usually we suffer hearing loss from listening to loud music, workplace hazards, loud sporting events, and similar loud conditions.

If you suffer from hearing loss I recommend checking out Omni Hearing in Woodbridge.

If you are not certain about the state of your hearing loss and want to learn more you can get a Free Hearing Test. Just make an appointment online or via phone 905-605-4593.